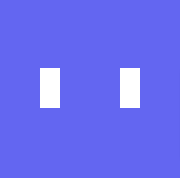 Meebits is an NFT collection created by Larva Labs, the same company that’s behind CryptoPunks. There are 20,000 unique 3D Meebits characters. If you want to find out what’s so special about them, keep reading our Meebits NFT collection review.

Some people call them 3D punks, and they are indeed similar. However, there are more than double meebits compared to punks, and the assets are quite different. The first 11,000 meebits were available for minting only to the holders of CryptoPunks and/or Autoglyphs NFTs.

The remaining 9,000 meebits were put up for a Dutch auction. If you are unfamiliar with it, basically, this type of auction starts high and drops in price over time, the first bid wins the auction.

It all started after the massive success of CryptoPunks. The creators have decided to create a collection that will be easier to get than the cryptopunks one. However, Meebits got quickly sold out as well.

There are exactly 20,000 meebits in existence and 5,427 holders. On average, that’s 3.68 NFTs per holder. That’s quite high when compared to other NFT collections.

One of the reasons for that is probably because people want easy profit. What’s an easier way to flip an NFT than to buy it at a low price from the creators of CryptoPunks?

So, what exactly are Meebits?

Meebits are 3D voxel characters automatically generated by a code so that each looks unique and different. There are several character types available:

Dissected type is the rarest type of a Meebit. There are only 5 of them in existence which is just 0.25%. As you may guess, these are very expensive due to their rarity.

What about other assets? Well, there are 12 different categories in total and some of them are present in all 20,000 Meebits such as pants, hair, shoes, shirt. Other 8 are spread randomly spread through the collection with the “Tattoo” asset being the rarest one visible only on 994 Meebits.

Each holder of Meebits also got access to the “Owner Only” zone. All you have to do is verify the ownership by signing in with your wallet. Once you do that, you can download your Meebit in “.VOX” format, both the regular and t-pose versions.

There is a total of 18881 humans in the collection. However, there are also pigs, elephants, robots, skeletons, visitors and dissected. The most interesting looking are surely the “dissected” ones as you may see on the image down below.

There are only 5 dissected Meebits in existence, and they are super cool because you can see through their “skin”. As previously mentioned, dissected Meebits are also the most expensive NFTs in the collection.

Each Meebit assets have the same art style, but “body” or as they call it “type” is actually different.

Voxel characters are built of square pieces. There are no round objects in such graphic style. However, with enough small squares, it’s easy to create an illusion of a round object as you may see on the image down below.

The background is exactly the same for every Meebit. It consists of light blue color with shadow from the characters on it. This allows character assets to remain in the focus.

Meebits are created by the same team that’s behind CryptoPunks, and that’s Larva Labs. You can clearly see the similarities between these two collections. Larva Labs is primarily a team of two, Matt and John.

Together, they have made multiple successful projects and some of them were on blockchain such as:

Other than that, they have also built the world’s largest open-source document repository, Docracy. 8-bit game for Android, Gurk III, and AppChat.

The whole reason why they started the blockchain journey was to experiment with their pixel character generator. This is how the CryptoPunks collection was born, the most famous NFT collection of all time.

After seeing the massive success of their CryptoPunks collection, they started working on other blockchain projects. Soon after the first one, they created the “Autoglyphs” collection.

Autoglyphs turned out to be yet another major success. Right now the floor price is 150 ETH, and the volume traded is 17.5K Ethereum. Pretty cool for a small team of two, huh?

What blockchain is Meebits collection on?

Meebits collection is on the Ethereum blockchain as every other NFT project from Larva Labs. This is both a good and a bad thing. It’s a good thing because Ethereum is the most popular blockchain for NFTs and the 2nd Cryptocurrency when ranked by market cap.

However, it’s also a bad thing because Ethereum currently has very high transaction fees. You might think that it’s not a problem to pay $50 for an NFT with a price of $5000, and you are right. However, many NFTs don’t cost nearly that price, and $50 can be a bit too much for cheaper ones.

Meebits falls into the first category because the floor price for one Meebit is 2.76 ETH, which is approximately $10,400 at the moment of writing this. Still, it would be much better if the transaction fees were not so high.

It’s possible that the Ethereum gas fees will reduce massively when they switch to the Proof of Stake (POS) mechanism. Another way to reduce these transaction fees would be to implement cross-chain support. They have already done it with “Wrapped Punks”, so it would not be hard for them.

What wallet you can use to hold Meebits?

You can use any wallet that supports Ethereum NFTs such as MetaMask. However, since you will have to buy Meebits on a secondary marketplace, you also need to check what wallets they support.

If you are unsure which NFT wallet to get, take a look at our best NFT wallets ranking. We have ranked them based on how many tokens are supported, security, ease of use, and more.

How to buy Meebits NFT?

Since all NFTs from the Meebits collection are already minted, you’ll need to buy them on a secondary marketplace. Almost every NFT marketplace that supports Ethereum has Meebits available for purchase. One such example is OpenSea.

However, LarvaLabs has also made a no-fee secondary marketplace for Meebits on their official website.

After you decide which marketplace you’ll buy on, it’s time to check what wallets you can use. For example, OpenSea supports these wallets:

WalletConnect allows you to connect any WEB3 NFT wallet to it. If your marketplace supports only this wallet, it’s not a problem because you can connect your other wallets with it.

When you get your wallet ready, it’s time to search for your NFT. Whether that’s a specific one or any available from the Meebits collection, open its profile page.

Since every Meebit already has an owner, there are two ways you can purchase it. The first one is to use the “Buy now” option if the owner has put it up for a sale. However, if it’s not up for a sale, you can still make an offer and if the owner likes it, he’ll accept it.

When you are ready to purchase, send the offer or use the “Buy now” function. Make sure you have enough funds in your wallet. You can see which token is used to sell it next to the amount asked.

Some NFT collections such as Meebits allow making offers in other tokens on the OpenSea marketplace. There are three supported tokens in this case as you may see on the image down below.

Does the Meebits collection have any utility?

Meebits doesn’t have any utility directly, however, each holder can download his Meebit as a 3D voxel character. That might not be a direct utility, but you can use that character.

How to use Meebits character?

For example, you can use it in voxel games such as The Sandbox, Decentraland, or CryptoVoxels. That’s possible because each person holding a Meebit can download it in a 3D voxel file.

If you want to see more utility in NFT projects, take a look at our “Best NFT utility” ranking.

About Sorare NFT collection Sorare is an NFT blockchain fantasy....

About Loot NFT collection Loot is nothing like your average....